Public engagement: A waste of time?


In a world where people believe that that MMR vaccines cause autism, that “frankenfoods” will poison children, that presenting the scientific case for decriminalising drugs is a sackable offence and that creationism is a viable alternative theory to evolution and should be taught in schools – public engagement with science is absolutely paramount.

The iceberg floats deep.  Despite the best efforts of Copernicus, half a millennium ago, one in four Americans still believe that the Sun rotates around the Earth.  This is, clearly, bonkers.  As is the claim that a celestial being made the Earth in 7 days, leaving two white people in a jungle who, despite the lack of signs of inbreeding among us, then spawned the entirety of the human population we see today in a period just short of 10 000 years.  Darwinism has passed its 150th birthday yet even this beautiful theorem on the origins or life is besmirched by some who don’t care to understand the science behind it.  However, when people read poorly-researched, sensationalist headlines in tabloids such as the Daily Mail, it’s difficult to blame them for their false perceptions, such as the woefully misguided claim that the MMR vaccine can lead to autism in children.

Then there are subjects such as climate change and the use of genetically modified organisms.  As a field, science isn’t very good at selling itself or its research outside of funding bodies through grant proposals.  The reason that Europe shows such apprehension towards genetic engineering – a process hardly removed from the conventional techniques we have used for over 10 000 years – is that Greenpeace pulled off one of the greatest marketing campaigns ever witnessed in order to swing public opinion against genetically modified organisms.  Science and scientists had no vociferous answer to this, so we have been left struggling to lift excessive legislation over genetically modified organisms ever since the Flavr Savr Tomato hit UK supermarket shelves (which had no injurious effect despite almost 2 million sales between 1996 and 1998).  However, recent support of genetically modified crops by the UK government and approval by the European Food Safety Authority mean that we could see GM crops grown in the UK within five years.

What’s the problem?
As scientists, we have a duty to disseminate our research to a wide audience – considering especially that many research institutes are directly funded by taxpaying members of the public.

The reasons for why public engagement is important were many and varied but consisted mostly of a need to share our research among the wider community in order to inform and educate, enthuse and inspire, and also to prove to taxpayers that their money is being wisely invested in biological science research. 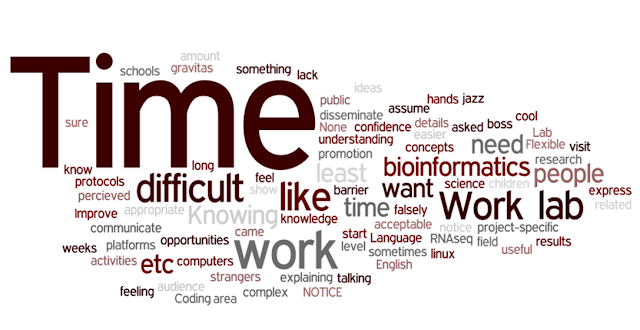 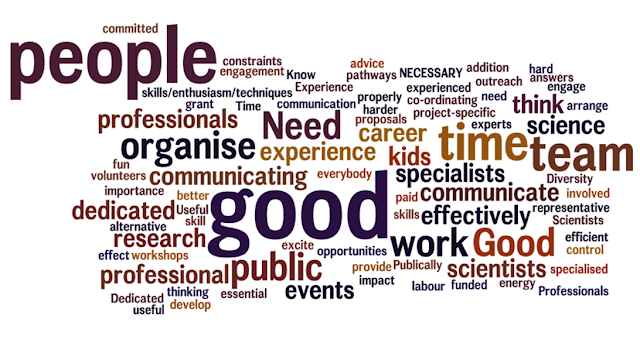 Indeed, when asked whether having a dedicated public engagement team was a valuable addition to a scientific institute, 92% of TGAC scientists said yes.  The main reason given for this was generally that it’s important that professional communicators can initiate engagement activities and provide expertise in communicating complex concepts to a wide range of audiences.  Many scientists mentioned that one of the biggest barriers to doing public engagement is the difficulty in explaining complex concepts to a lay audience, therefore having enthusiastic and dedicated experts in science communication is vital and necessary.

However, even among science communicators, it is sometimes difficult to come to a consensus as to what constitutes good public engagement.  On the one hand, there is the need to promote science to a wide audience in order to inform, educate and inspire the next generation of scientists.  On the other hand, there is also a need to engage effectively in public dialogue, as public opinion on scientific issues can have a significant effect on policy at the government level, while our research must also be accountable to the taxpayers funding it.
These two strands of thought are inextricably linked and public engagement must involve both education and dialogue.  Without a properly informed general public, is it possible to engage in effective public dialogue?

The prevalence of misconceptions:
Over 150 years since the dawn of Darwinism, only 41% of the population of 23 of the world’s wealthiest nations believe that humans evolved from an ape-like ancestor. Despite the fact that we have tail bones, look almost exactly the same as the great apes and the abundant fossil and DNA evidence to support evolution, 28% of people in these countries still believe in creation theory and another 31% are on the fence.  Linked to this, 4 in 10 Americans also believe that the Earth was created by a god 10 000 years ago, which is nothing short of baffling.

There are other non-scientific beliefs held by vast proportions of the population despite a huge weight of evidence to the contrary.  For example, in Britain, 39% of people believe homeopathy to be an effective treatment for illness and another 49% believe the same for reflexology, when a glass of orange juice would be just as effective.

However, creationism, homeopathy and reflexology – though complete nonsense – are not immediately and obviously threatening to society as are some of the other widely-held misconceptions.  A survey of American adults suggested that just over half of respondents are confident that vaccines are safe and effective.  This means almost half of the population of the USA think that vaccines don’t work.  This is despite the mass discrediting of Andrew Wakefield’s claim that MMR vaccines could lead to autism after damaging the brain.  This all means that fewer than the 95% of the population needed for herd immunity are vaccinated, which has led to outbreaks of a disease which should have all-but-been eradicated.  Considering the distinct lack of tuberculosis, polio and smallpox amongst American people, this mass disbelief in the effectiveness of vaccines is folly.

The list goes on…  Only a third of American adults believe that human activities are causing global warming, when just one look at the graphs generated by climate scientists worldwide suggests they are completely misguided.  Despite the incredible results demonstrated in Portugal through decriminalisation of drugs, including reduced rates of drug use, deaths through overdose and prevalence of HIV/AIDS among drug users, we are currently debating whether to ban legal highs in the UK instead of looking at a similar policy to the Portuguese.  This is bizarre, considering that most illegal drugs are far safer than alcohol – the nation’s favourite – yet David Nutt was sacked from government for stating this fact.  A mild bit of reading into the history of Al Capone and the Chicago Mob should have put prohibition firmly out the equation a long time ago.

The role of science communication:

Clearly, there is an absolute necessity to properly communicate the findings of scientific research to an audience that can, clearly, be extremely cautious to accept it.  We need to foster an environment in which learning and disseminating scientific concepts is ingrained in our culture so that the population can be better informed to make the best choices based on experimentation and evidence.  Considering the wide-ranging applications of modern, complex biological sciences techniques, from genetic modification and synthetic biology to DNA sequencing and bioinformatics, public engagement with science is as important now as it has ever been before.
Posted by Peter Bickerton at 02:33 No comments:

The Metro, the Daily Mail, and the Sun have all reported my insect eating habits, while the news of this has spread far and wide, from Indonesia to Mexico.  I can even be seen eating insects with Philip Schofield and Holly Willoughby on ITV's This Morning, where Phil was more than happy to chomp down some waxworms, locusts, crickets, sago grumbs, bamboo worms, and mealworms!  I also managed to convince the Doctors, America's medical dream team, to scoff some cricket pizza, too.

This is no gimmick.  Insects truly represent the healthiest form of animal protein on the planet.

In 100g of crickets there is at least 12.6g of protein, which is equivalent to meat, but the saturated fat content stands at only 5.5g.  Insects are also extremely nutrient dense.  In caterpillars, you can wolf down 10 times more iron per 100g than in beef, for example, while sago grubs and silkworms contain many times more thiamine and riboflavin than any other meaty counterpart.

With 1700 species of edible insect to choose from, you can tailor your diet to find the tastes, and nutrients, which you desire, or require.  All you have to do is get your mind past the fact you are eating an insect...  and let's face it, the steak you are eating had legs at one stage.

Posted by Peter Bickerton at 04:12 No comments:


Posted by Peter Bickerton at 03:58 No comments:

Posted by Peter Bickerton at 05:24 No comments: